Be the first to review this product
Aged for approximately two years, this single barrel bourbon is made from Black Dirt corn in upstate New York.
Add to Wish List
Notify me when this product is back in stock.

Black Dirt Distillery takes its name from the dark, fertile soil left by an ancient glacial lake that once covered thousands of acres of upstate New York. Prior to the 19th century, farmers generally avoided the land because the soil — although rich in nutrients — was poorly drained and often flooded. After a drainage canal was built in 1835, farmers began harvesting highly-prized Black Dirt onions on the land. Perfectly suited for growing fresh, sweet corn, Black Dirt has never been used for bourbon production "“ until now.

Black Dirt Bourbon is made from a mash of 80% Black Dirt corn, 12% malted barley and 8% rye. After fermenting the mash for approximately three to four days, Grizzanti distills the wash through his Christian Carl copper-pot still imported from Germany. After distillation, the bourbon is aged for just over two years in new, American oak barrels with a #3 char. Typically, the degree of charring within a cask is measured on a scale of one to four, with a #1 char referring to casks that have been lightly toasted, and a #4 char referring to casks that have been charred so heavily that the interior resembles an alligator hide.

This bottle of Black Dirt Bourbon was bottled from a single cask and is available exclusively to Caskers members. In addition, it is autographed by the master distiller at Black Dirt Distillery. The bourbon has an aroma of caramel, vanilla and honey that gives way to notes of dried fruits, cloves, peppercorns and oak. The finish is bold yet lush, with a slightly sweet touch of milk chocolate.

Aroma of caramel, vanilla and honey that gives way to notes of dried fruits, cloves, peppercorns and oak. Finish is bold yet lush, with a slightly sweet touch of milk chocolate 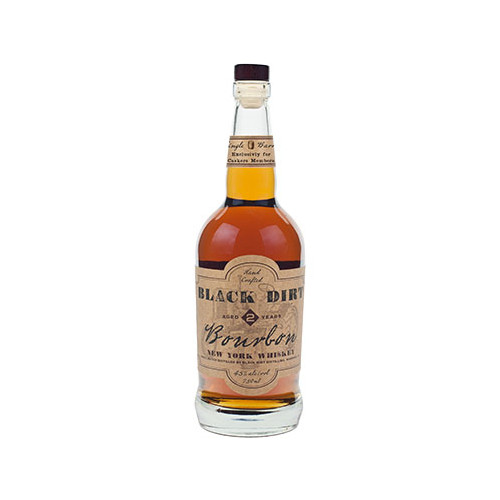