Rating:
47%
(1)
This barrel was picked out by Caskers from the Bib & Tucker Single Barrel Select range. It has spent a dozen years in Level 1 char oak, producing a smooth, creamy, and pleasantly warm bourbon that's bottled at 99 proof.
Add to Wish List
Notify me when this product is back in stock.

In the antebellum United States, the term "bib & tucker" was used to describe the finest attire a man owned — the kind of suit or tuxedo that he would wear to a wedding or special event. "Along those lines, we're putting forth our bib & tucker," says Harv Gates, the brand ambassador of 35 Maple Street Spirits. "Bib & Tucker is a handcrafted Bourbon made with a sense of dedication that can only come when you know you're making something truly special."

Bib & Tucker Small Batch Bourbon Whiskey is crafted from a mash of 70% corn, 26% rye, and 4% malted barley. The grains, which were harvested in late 2006 and early 2007, were distilled twice ― first through a column still and then through an old-fashioned copper pot still. Following distillation, the Bourbon is matured in No. 1 charred American white oak barrels. Their regular 6-year-old and 10-year-old bourbons have both been awarded several medals, including a Double Gold at the San Francisco World Spirits Competition.

This 12-year-old Single Barrel Select features a barrel that was picked out exclusively by Caskers. This one has spent its dozen years in Level 1 char oak, producing a smooth and deliciously rich bourbon, where the volatile Tennesse climate with its extreme heat, temperature fluctuation, and humidity all play a part in its profile. Bottled at 99 proof, it's pleasantly warming, letting the signature nutty finish shine.

The rich bourbon opens with caramel, toffee, and vanilla notes. Rich and creamy, the palate has caramel, dark fruit, vanilla, honey, and toasted oak. It finishes with a distinct chestnut note and pleasant warmth. 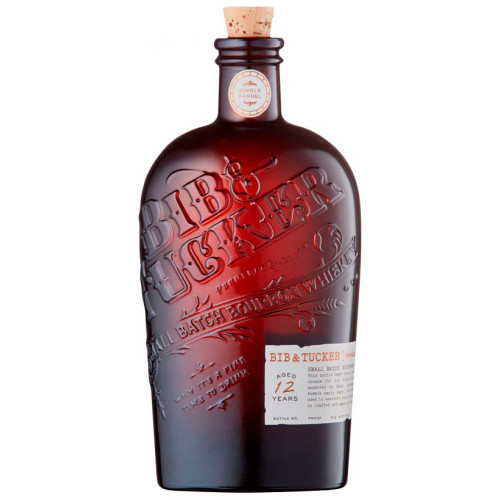