Be the first to review this product
Named "best whisky" many times over, Balcones Texas Single Malt is made from 100% Golden Promise barley and aged in several different types of casks.

Balcones has recently changed its designs, and as the original labels are being phased out, there is still a chance that you might receive a bottle different than what is in the picture. Rest assured, the liquid remains the same, regardless of the design.
$68.99
Add to Wish List

While most single malts age in a single, large cask of a certain variety their entire lives (for Scotch, this is typically a used bourbon cask), they blend and rebarrel each cuvée of Balcones Texas Single Malt through several barrels of different sizes and oak profiles in order to create uniquely round and complex flavors. While a batch of Balcones Single Malt may begin aging in toasted American oak barrels, it may also age in French oak and European oak barrels before being bottled by hand.

"We go out of our way to prevent excessive wood extraction," they say. "With both small and large barrels, you risk a very strong wood profile in the Texas heat. By rotating the whisky, different characteristics emerge from each type of wood, depending on the size of the barrel, and how long the whisky rests inside."

For Balcones Distilling, creating the perfect Texas Single Malt Whisky is a labor of love. After the whisky has reached its peak of maturity, it is slowly proofed by hand. Each batch of Balcones Single Malt is then bottled and labeled with the type of wood in which the whisky was finished.

Balcones Texas Single Malt Whisky will appeal to Scotch and bourbon drinkers alike. With notes of warm toffee, dark sugar and caramel, it has a flavor profile similar to Scotch. In addition, the barreling process adds notes of honey and vanilla, which would appeal to any bourbon drinker. 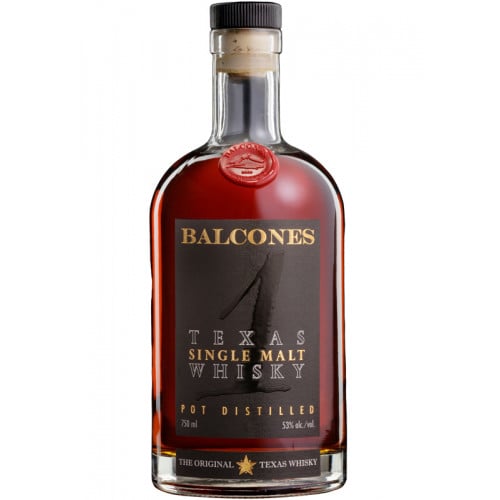