Size750mL Proof111.6 (55.8% ABV)
Arran’s Sherry Cask 'The Bodega' is a stunning addition to the distillery’s core range of single malts. Bottled at cask strength and 100% Sherry matured, this luxurious and elegant expression is the perfect choice for someone who enjoys their single malt with plenty of body and complexity.
Notify me when this product is back in stock. 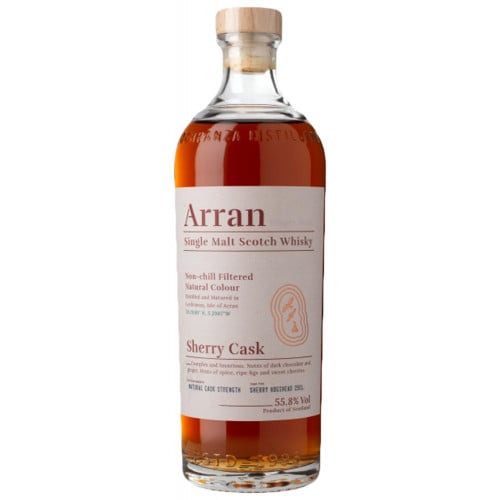 Arran’s Sherry Cask 'The Bodega' is a stunning addition to the distillery’s core range. Bottled at cask strength and 100% Sherry matured, this bottling is a return to the style of some of the earliest Arran Single Malt, which was mostly matured in Sherry Casks.

Toffee, sweet spice and fruit on the nose open up to a palate with ripe fig and cherry flavors. The finish has dark chocolate, mandarins, and again ripe figs.